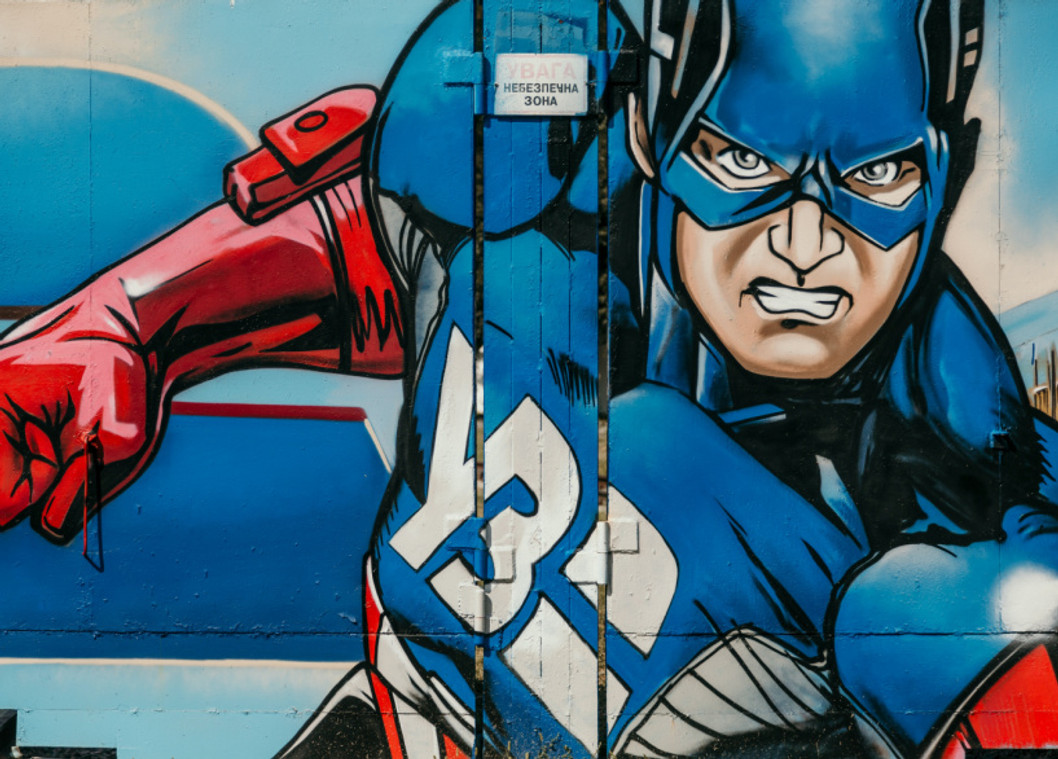 Even superheroes need to sleep, especially after a full day (or night) of crime fighting. But what do their bedrooms look like? Are they as flashy and fantastic as the heroes themselves, or are they quiet and understated; a calming refuge from the life of a vigilante of justice?

Well, fear not citizens – we’ve scoured the film archives, carefully studying some of the lesser-known superhero bedroom scenes (not that kind!) and recreated them for you in glorious 3D detail.

Does Batman have a Bat-Teddy? Does Spider-Man’s Aunt still do his laundry? And does Iron Man have Captain America bed sheets and curtains? Stay tuned, all this and more is about to be revealed... 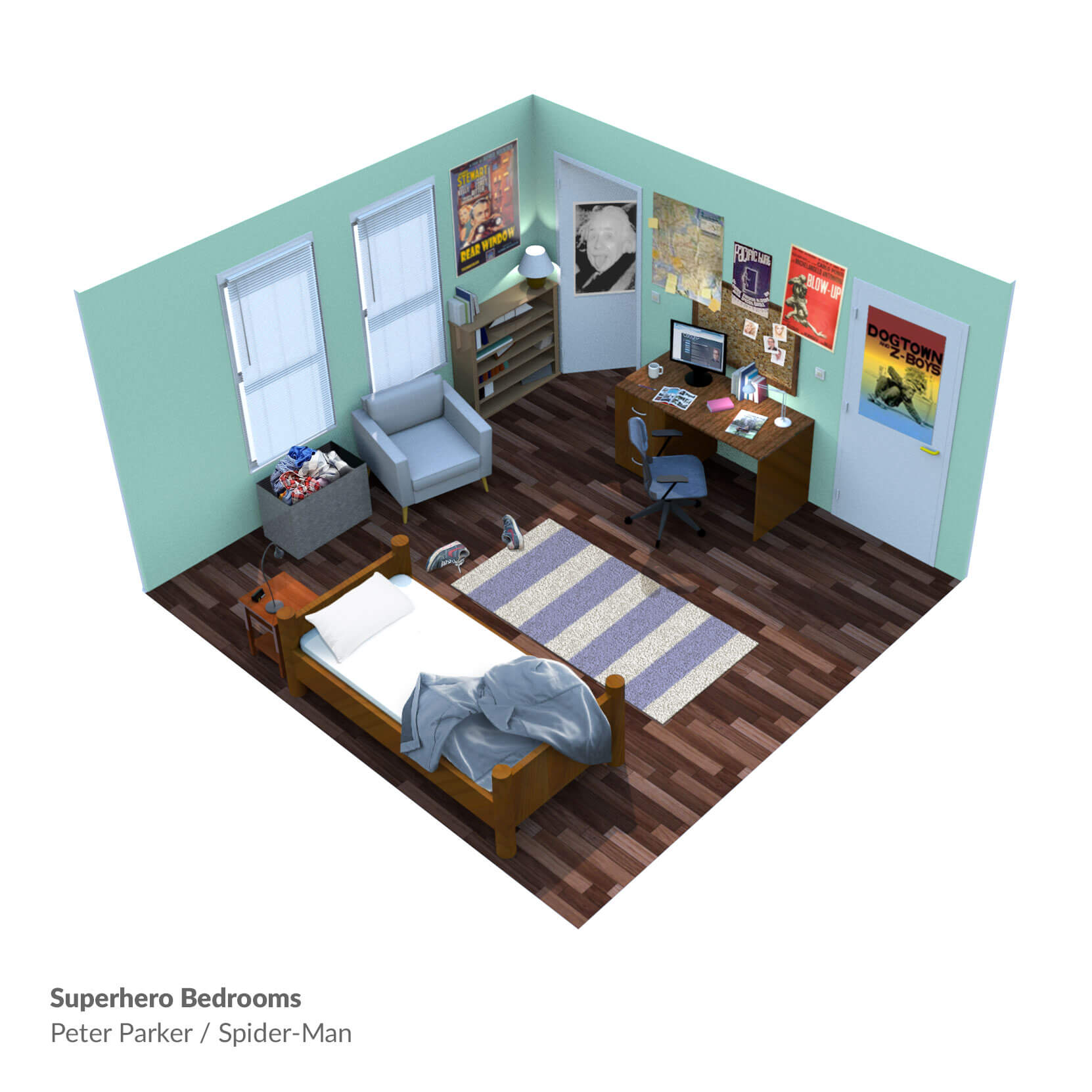 Well, he is a teenager living with his Aunt, so I guess he can be forgiven for having a messy bedroom. He’s also more than a bit-of-a-nerd, so expect plenty of books, electronic devices and geeky posters about the place. 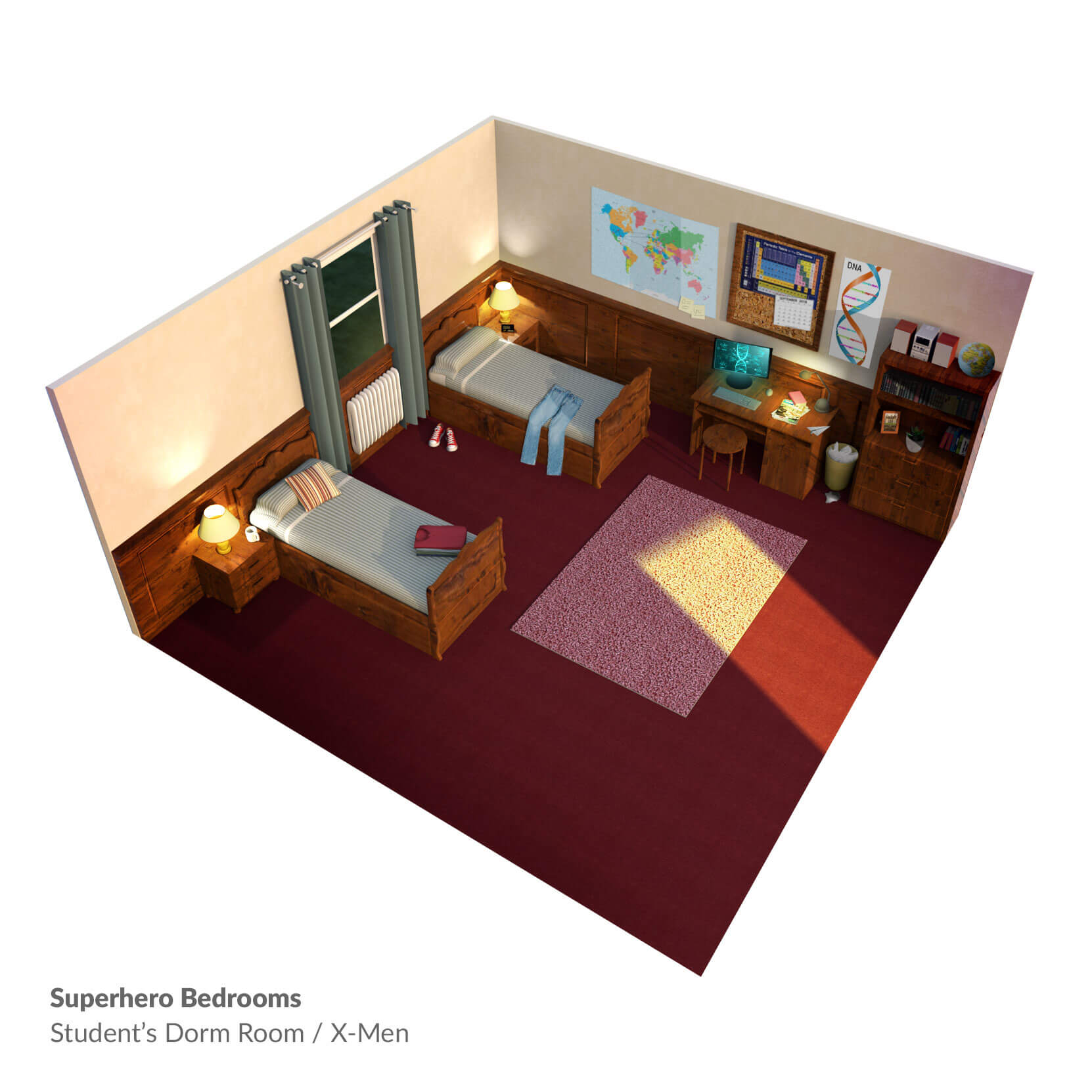 For the talented few, a chance to study at Charles Xavier’s School for Gifted Youngsters is a dream come true. Whilst academic posters, textbooks and homework litter the rooms, there are plenty of hormones flying around too (as one might expect from a mixed-gender school for teenage social outcasts). 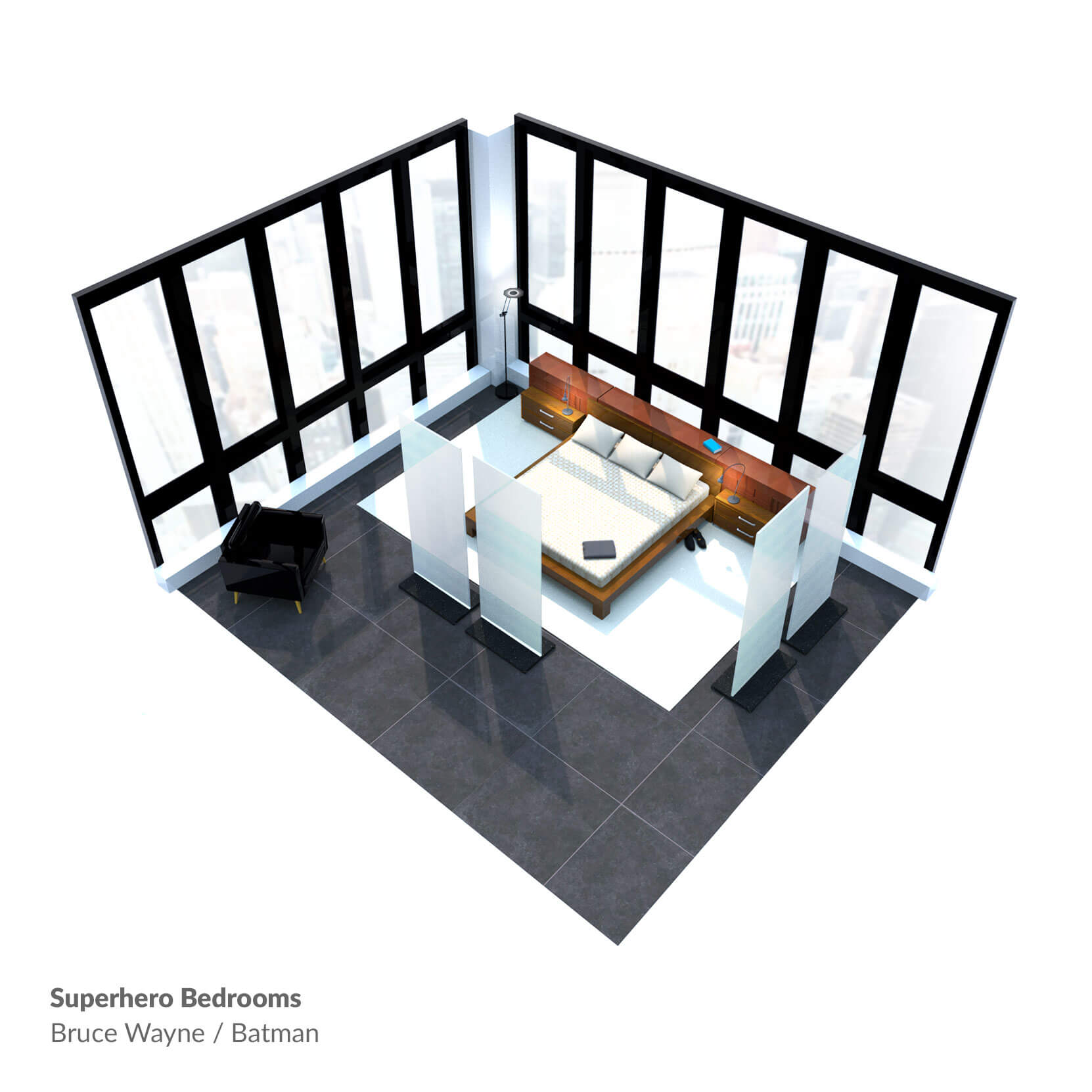 The Wayne family’s wealth not only funds Batman’s late-night crime fighting but also Bruce’s playboy lifestyle. And what else would you expect from Master Wayne’s bedroom but a luxury, yet minimalist penthouse suite? 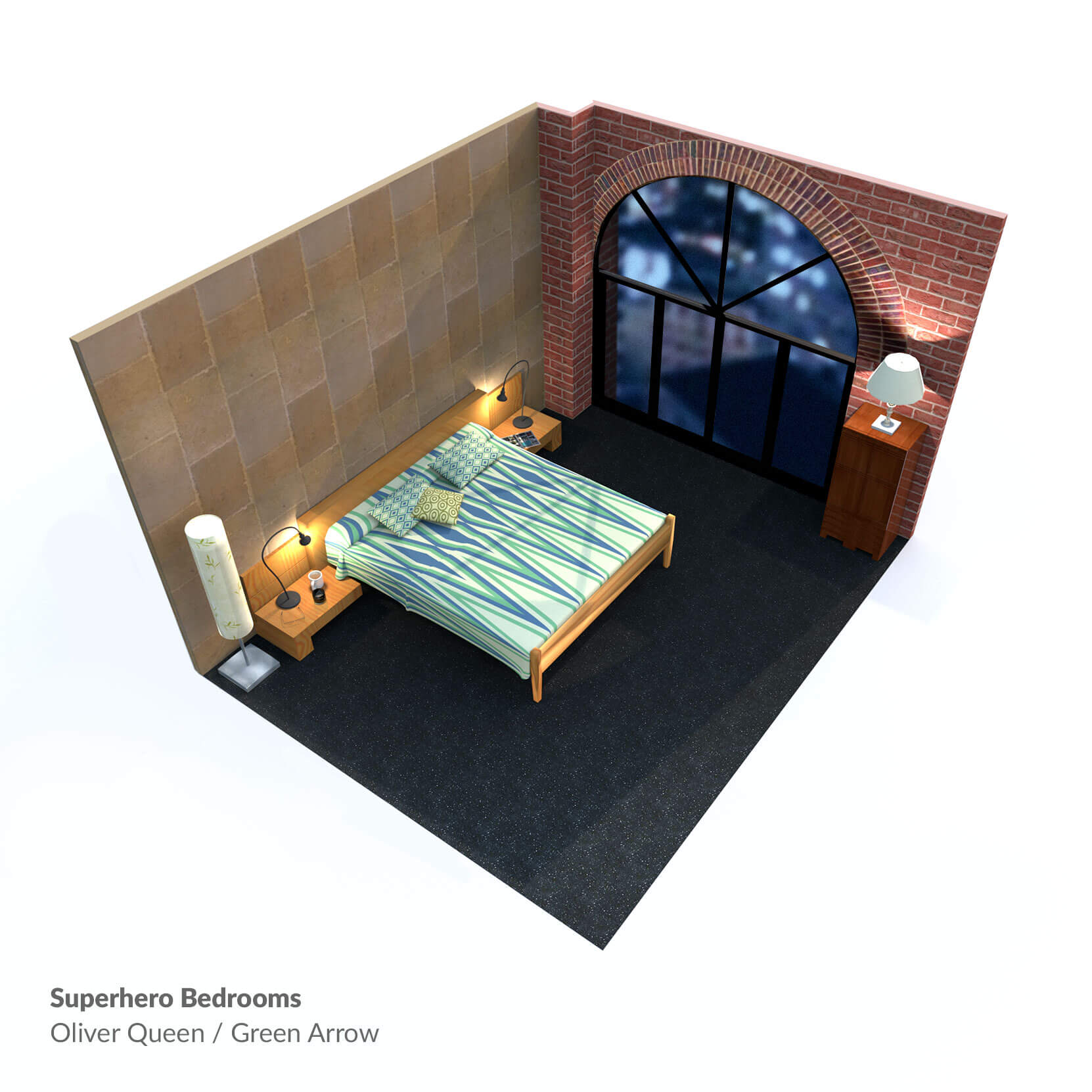 Oliver Queen is a billionaire playboy, not unlike Bruce Wayne. However, five years on a deserted island will change a man, so it’s perhaps unsurprising that his bedroom is a little more comfortable and homely than his Gotham counterparts. 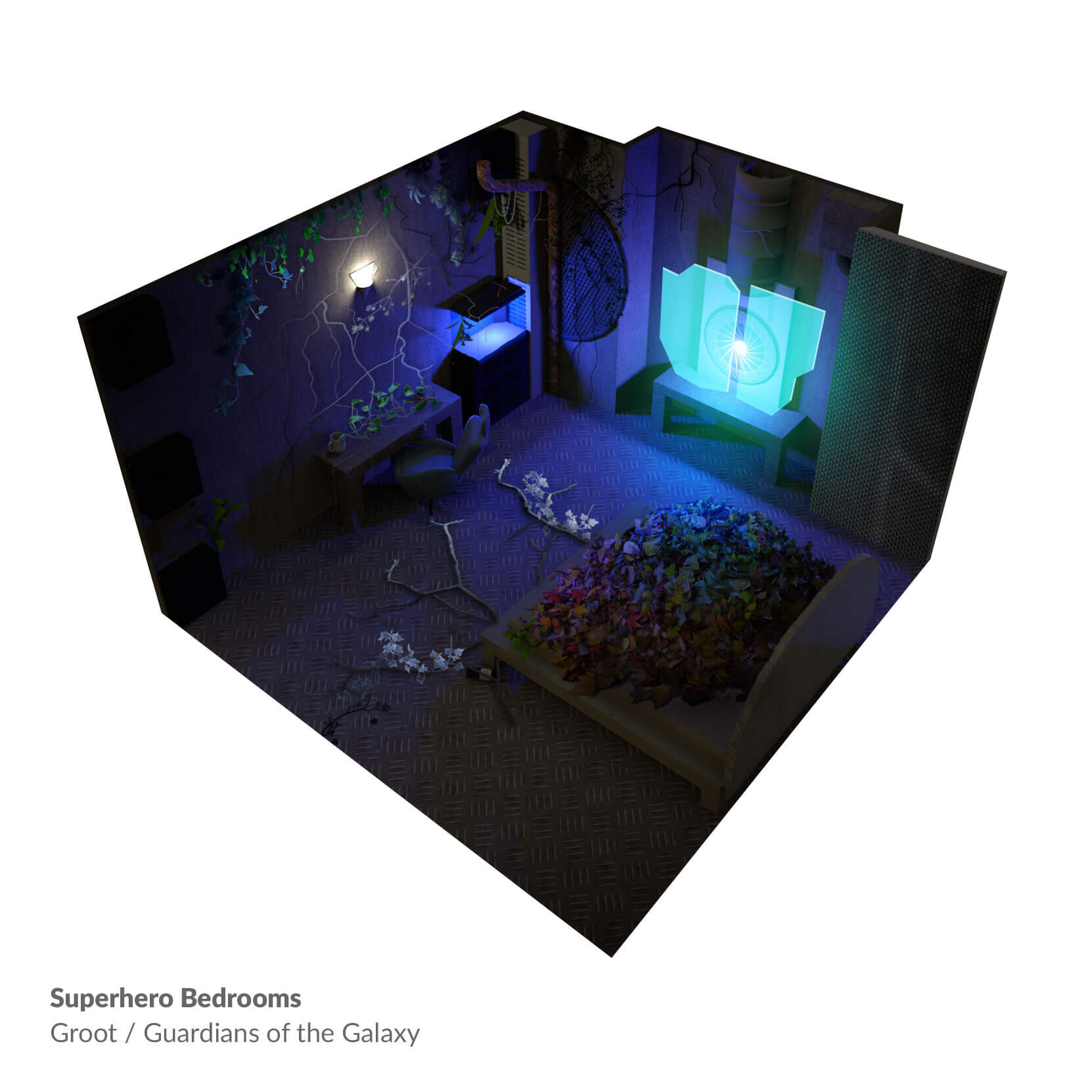 “I am Groot”. Groot’s untimely pruning at the end of Guardians of the Galaxy meant he had to start growing up all over again. And while baby Groot was a cutie pie, teenage Groot’s room is a clutter of leaves, vines and video games. Seriously, clean up your room – it’s a complete mess! 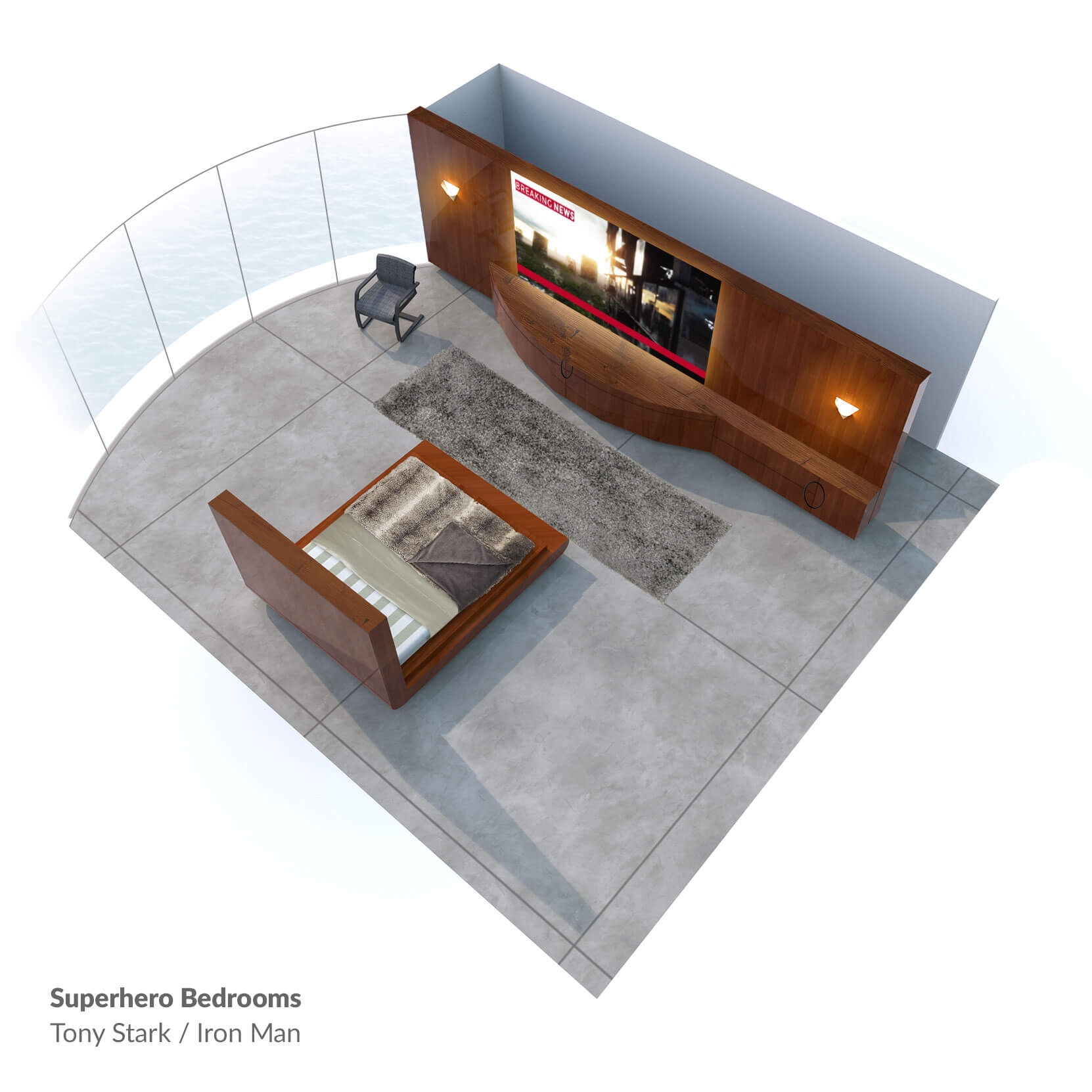 Predictably Tony Stark’s bedroom is as opulent as the rest of his lifestyle, complete with an eight foot high TV, real fur throws and panoramic views of the ocean. What’s with all the playboy alter egos?